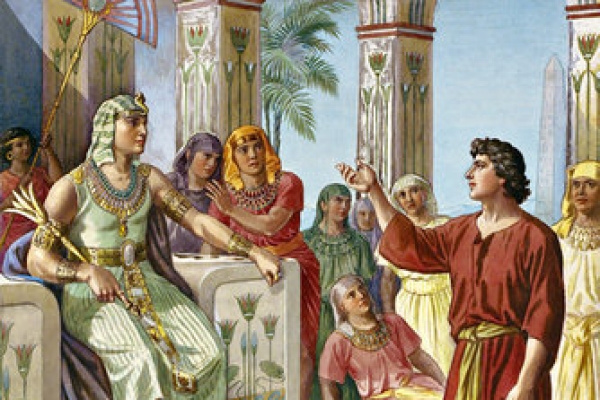 The Dutch version of this article, was recently published here:

Sometimes God imparts us with knowledge and at some stage you realize that He has given us this wisdom for a reason: it is for us to help survive the future….Then, by warning the people around you and the community at large, you become a living part of His great picture (our puzzle) that He is [still] building, to make a better, new world.

Unfortunately, many times people do not like to hear the prophetic word, as it was also with most [biblical] prophets in the past. If I remember correctly, it took me [and many others, of course, e.g. Prof. Heyns] at least 18 years of praying & working to get most people to agree that, indeed, apartheid was a sin.

Most lately, I notice of course that requests to pray for rain [in South Africa] have been replaced with the theory that the droughts are caused by manmade climate change, putting blame and guilt on totally innocent people. I am hoping that my post here will enlighten you! [do you still remember what it means to be ‘verlig’?]

To start of with: Did you ever wonder how it was possible for Joseph to accurately explain Pharaoh’s dream and correctly predict drought time?  I am willing to bet that there was some science involved in it….and I don’t think that would make the miracle of Joseph’s ascend into greatness from zero to hero anything less! The Egyptians were known for keeping an eye on the level of the river Nile and it seems possible to me that the prison that Joseph ended up at, may have been at or near to the Nile river. If so, then it seems probable that Joseph oversaw making the measurements of the height of the Nile as well as having access to old records. That could have given him all the clues he needed…..

Namely, there is a report about this from 1985 by William Arnold. [This was of course before they started with the nonsense that climate change is caused by a completely innocent trace gas, carbon dioxide].

If you turn to page 9, you will note that William predicted the river Nile to be at a minimum level in 1990. I looked at this from 4 completely different angles and I re-calculated this date. In all cases I came to a date of 1995 or close. This was by looking at

You will understand that over the past few decades many big dams and irrigation systems have been installed in the Nile and of course this will interfere with the measurement of the level of river Nile as it now stands. However, the principle remains the same, namely that there will be periods of more – or less – rain around the equator due to a decrease or increase in the intensity of a certain type of radiation from the sun, coming through the atmosphere, due to a 80-90 year weather cycle as proposed by Arnold and his predecessors, Wolff and Gleissberg. We are now moving toward a period of much more rain around the equator. A logical consequence of this is that there will be less rain and clouds available for the higher latitudes, 40-50 . [It may also have to do with the maximum amount of water vapor that can be available in the atmosphere which is a function of actual average global temperature]. Hence, one reason for me to predict droughts coming to the higher latitudes.

The existence of the Gleissberg cycle was known by a number of scientists long before the start of the new millennium, as shown by the reports below:

However, there are also more recent reports, like these,

All of this is apart from my own investigations, which clearly [and independently] revealed an 87-year cycle [to me]. I believe that in 2014 we have started a new Gleissberg cycle. We note that normally this cycle is around 86-88 years, but apparently it can vary upward or downward by a few years. Looking in the past, particularly at drought times on the great plains of America, we find an astonishing repetitiveness in serious drought times that were encountered every 87 years:

If you did your sums and followed my reasoning, you’d realize that we can expect major droughts and perhaps food shortages in the world in the decade to come on the 40-50 latitudes…The question is whether at the end of the next decade there will still be people left who realize that the disaster caused by the drought times is not man made?